Lecture will examine the links between mental illness, racism and anti-Semitism. 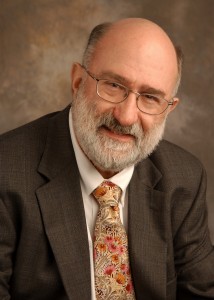 Noted Historian Sander L. Gilman will explore the role of mental health in racism and anti-Semitism

Sander L. Gilman, a distinguished professor of the liberal arts and sciences and professor of psychiatry at Emory University, will discuss “How Did Anti-Semitism and Racism Become Mental Illness? From Anti-Semitic Vienna to Segregated Topeka, Kansas” on Thursday (Oct. 25) at 5:30 p.m. in Bryant Hall, Room 209, with a reception to follow.

On the following day, Friday, Oct. 26, Gilman will engage with students and faculty in a discussion moderated by James M. Thomas, UM visiting professor of sociology and Southern Studies, on issues related to the topic of his lecture in the Bryant Hall Gallery at noon.

“I am thrilled to have Dr. Gilman on campus to shine a light on the historical uses and roles of racism in culture,” said Willa Johnson, associate professor of sociology.  “A first-rate, internationally renowned scholar, Dr. Gilman will enlighten us about the problems inherent in Othering. We could not have a more able scholar to instruct us as we contemplate the university’s legacies, the meanings of the 50-year anniversary of James Meredith, and a path forward.”

This is the second major lecture in a yearlong series titled, “Intertwining Legacies: Jews and African Americans in the Deep South” hosted by the University of Mississippi Critical Race Studies Group.

“Our group is interested in bringing state-of-the-art scholarship on race and racism to the UM campus,” said Jeff Jackson, associate professor of sociology and member of the Critical Race Studies Group.  “Dr. Gilman’s work definitely falls into that category and we are extremely fortunate to have him here.”

Gilman also is a professor at the Institute in the Humanities at Birkbeck College and has been a visiting professor at numerous universities in North America, South Africa, the United Kingdom, Germany, Israel, China and New Zealand.

For 25 years, he was a member of the humanities and medical faculties at Cornell University where he held the Goldwin Smith Professorship of Humane Studies. He held the Henry R. Luce Distinguished Service Professorship of the Liberal Arts in Human Biology at the University of Chicago and was a distinguished professor of the Liberal Arts and Medicine and creator of the Humanities Laboratory at the University of Illinois at Chicago. He served as a visiting historical scholar at the National Library of Medicine, as a fellow of the Center for Advanced Study in the Behavioral Sciences, as a Berlin prize fellow at the American Academy in Berlin, and as a Weidenfeld Visiting Professor of European Comparative Literature at Oxford University.

He is past president of the Modern Language Association and an honorary member of the American Psychoanalytic Association. He also is the author or editor of more than 80 books including Wagner and Cinema; Obesity: The Biography; Jewish Self-Hatred; and a basic study of the visual stereotyping of the mentally ill entitled Seeing the Insane.