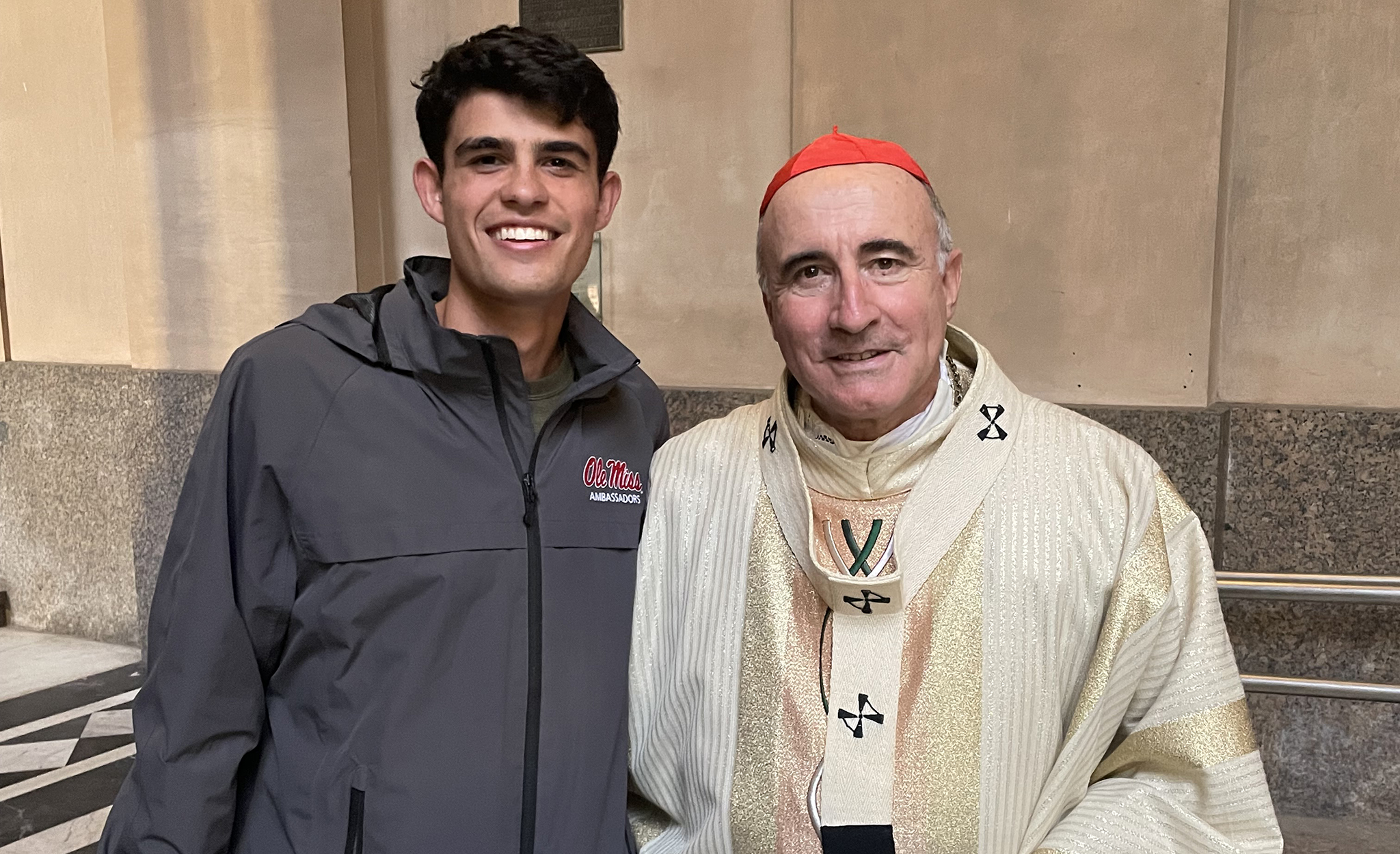 Brandon Kriplean (left), a student in the Croft Institute for International Studies, gets a behind-the-scenes tour from Cardinal Daniel Sturla, the Archbishop of Montevideo, while studying in Uruguay. Submitted photo

As a student at the University of Mississippi, Brandon Kriplean has traveled the world seeking new experiences and learning along the way. This fall, his studies will take him from Oxford, Mississippi, to Oxford University in England.

Kriplean, a rising senior in the Croft Institute for International Studies, was selected as one of 10 visiting students to attend Blackfriars Hall. Blackfriars is one of six private halls within Oxford University and is run by the English Dominican Friars.

Kriplean, who is also a member of the Sally McDonnell Barksdale Honors College, plans to study philosophy and theology during his time at Blackfriars. 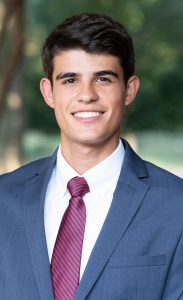 Brandon Kriplean is set to study this fall at Blackfriars Hall, one of six private halls within Oxford University in England. Submitted photo

“I am looking forward to enriching my academic and spiritual pursuits in an atmosphere as challenging and prestigious as Oxford,” Kriplean said. “For me, this experience will be the perfect blend of two of the most important aspects of my life.”

Hailing from Franklin, Tennessee, Kriplean is majoring in international studies and Spanish. He was immediately attracted to the Croft Institute during his first visit to campus in 2019.

“I toured Croft when I was a senior in high school,” he said. “I just knew this was where I was meant to be, especially after being selected as a Croft Scholar.”

Ian Gowan, the institute’s associate director, is impressed with Kriplean’s enthusiasm for the program.

“Studying at the Croft Institute, Brandon has sought out unique opportunities to develop his global perspective,” Gowan said. “He has enrolled in the most challenging courses here on campus and pursued unique and immersive experiences abroad.”

Initially, the pandemic paused some of Kriplean’s study abroad plans during his first summer at the university. He used the time to become a virtual orientation leader. After his sophomore year, he spent eight weeks in Kenya as an intern with CMF International.

In spring 2022, Kriplean attended the Universidad Católica del Uruguay through a direct exchange program. There, he studied relations between Uruguay and the Catholic Church.

“Rather than take classes with other international students, Brandon insisted on enrolling exclusively in classes taught in Spanish together with native Uruguayans,” Gowan said. “This is evidence for his very high proficiency in Spanish, and it speaks to his sense of adventure and his courage.” 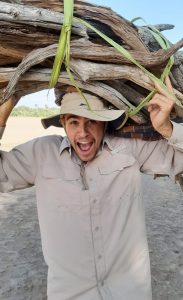 Brandon Kriplean carries wood while on a summer internship in Kenya. Submitted photo

Kriplean enjoyed his experience in Uruguay.

“I got a lot of immersion,” he said. “Because I was living with all Uruguayans, I was really plugged into the culture. I traveled a lot – a friend took me to Brazil and we went to Carnival. It was an awesome experience.”

While in Uruguay, Kriplean also met Cardinal Daniel Sturla, the Archbishop of Montevideo.

“We had lunch at the Archbishopric, and aside from the incredible conversation, he gave me a behind-the-scenes tour of both the residence and the cathedral,” Kriplean said. “Who knows, someday I might be able to say I had lunch with the Pope while he was still the Archbishop of Montevideo!”

Douglass Sullivan-Gonzalez, UM professor of history and former dean of the Honors College, has assisted Kriplean as he works on his senior honors thesis.

“Brandon mixes a contagious level of curiosity and energy to address tough questions surrounding faith and politics at home and in regional study of Latin America,” Sullivan-Gonzalez said. “I look forward to reading his work and enjoying his pilgrimage as scholar and citizen in the years to come.”

Kriplean said it was “divine providence” that he landed at UM.

“The moral of the story is that Ole Miss is truly a land of opportunity,” he said. “The university allows you to become very well rounded; it is a great place to grow emotionally, academically and spiritually.

“Ole Miss gives you all the tools to achieve that. I’m beyond grateful to be a student here.”