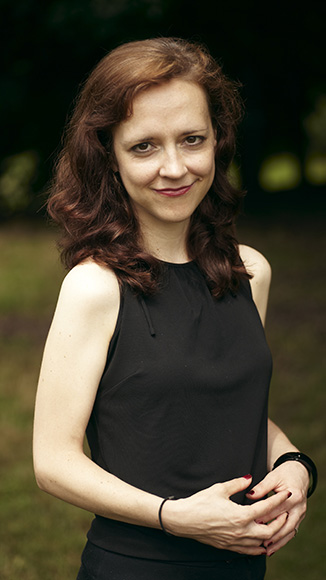 “I feel very, very fortunate,” Abbott said of her selection. “When a writer pal of mine learned of my appointment, she said, ‘That’s my dream gig!’ And it’s mine too.” Born in the Detroit area, she graduated from the University of Michigan and received her doctorate in English and American literature from New York University. She has taught at NYU, the State University of New York and the New School University. This year, she is teaching at the Crime Fiction Academy at New York City’s Center for Fiction.

Abbott has much to bring to campus as the first non-Southerner to be chosen, said Beth Ann Fennelly, director of the MFA program in creative writing and associate professor of English.

“The committee reviewed dozens of recently published books, searching for a candidate who is emerging and dynamic, someone who has a lot to give our students and someone also who would benefit from a year of writing time,” Fennelly said. “Her oeuvre is interesting in that she was initially known as a mystery-crime writer, but has such skill and literary panache and background that she’s become more of a dual crossover writer.”

For Abbott, the invitation was made doubly meaningful since it came from Fennelly, a writer whose work she admires.

“Not only do I love Oxford, but I have always been so impressed and envious of the community of writers and book folks there. To have the opportunity to be a part of it, and a part of the illustrious John Grisham emerging writer tradition, is a true honor,” Abbott said. “I’ve visited classes there before, through my dear friend, the writer Jack Pendarvis, so I’m eager to get to know the students and their work better, to talk books and writing with them. I’m also looking forward to spending long, long hours and emptying my wallet at Square Books, one of the greatest bookstores I’ve ever visited.”

“No doubt these will be very popular classes, as she already has a lot of fans here,” Fennelly said. Ivo Kamps, professor and chair of the Department of English, said having Abbott as the Grisham Writer-in-Residence will be fantastic.

“She is an accomplished and successful novelist, and our students will be able to learn a lot from her,” Kamps said.

Her novel, “The End of Everything” (Reagan Arthur Books, 2011), a crime novel set in suburban Michigan, made the Best Books of the Year Lists for publications including Publisher’s Weekly, the Boston Globe, Baltimore City Paper and the Washington Examiner. Her writing has appeared in the New York Times, Salon, the Los Angeles Times Magazine, The Believer, Best Crime and Mystery Stories of the Year, Queens Noir and The Speed Chronicles.

Abbott is also the author of a nonfiction book, “The Street Was Mine: White Masculinity in Hardboiled Fiction and Film Noir” (Palgrave Macmillan, 2002) and the editor of “A Hell of a Woman,” an anthology of female crime fiction. She has been nominated for many awards, including three Edgar Awards, Hammett Prize, the Macavity, Anthony and Barry Awards, the Los Angeles Times Book Prize and the Pushcart Prize.