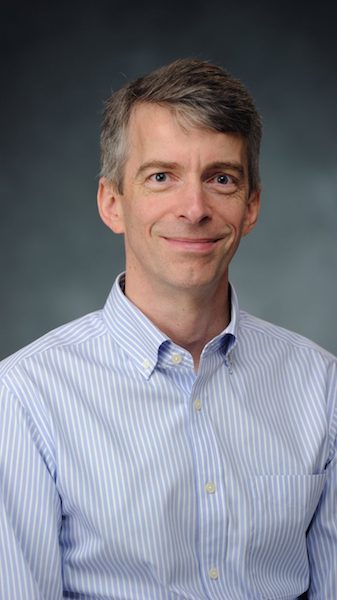 Brad Cook, an associate professor of classics at the University of Mississippi, will spend the spring in Athens, Greece, researching two ancient inscriptions that are part of the David M. Robinson Memorial Collection of Greek and Roman Antiquities at the University Museum.

Cook has received a $21,000 National Endowment for the Humanities fellowship to fund the research for five months at the American School of Classical Studies. The two Greek inscriptions he will study aren’t made of marble, like others in UM’s collection, but rather made of gold and bronze.

The gold inscription records terms of a treaty made in 202 B.C. between the king of Macedon and the city of Lysimachia, the most strategic location on the Dardanelles. The bronze inscription records the freeing of a slave woman named Philista in northwestern Greece at about the same time.

“If my research in Athens bears out my current interpretations, the gold inscription looks to have been the personal, epitomized copy of this strategic treaty made for Philip V, king of Macedon from 220 to 179 BC, as a memento of his incessant efforts to control as much of the Greek world as possible,” Cook said. “The bronze inscription was very likely the personal copy of Philista’s manumission, her ‘free papers’, a guarantee of her freedom in 111 grams of bronze.”

Several inscriptions in the Robinson collection are stone, and all those have been the subject of published works over the last 80 years. The two inscriptions Cook will study, both about the size of the palm of your hand and only a few millimeters thick, have not been in published papers. Both inscriptions are completely legible, Cook said.

The two items are part of more than 2,000 artifacts in the Robinson collection, which is considered to be the best of its kind in the South.  Besides the extensive collection of Greek vases of all periods, Greek and Roman sculpture, bronzes, terra cottas, inscriptions, coins, oil lamps and household objects, there are collections of potsherds dating from the Neolithic Age to the Late Roman Empire.

The collection is available to students for research and study. Many of the artifacts in the collection need further study, and students are encouraged to make use of these collections in classwork and research.

The collection is named for the former UM professor David Moore Robinson, and it came to the university at the bequests and gifts of him and his widow, Helen Tudor Robinson. The majority of the collection was purchased from the estate of Mrs. Robinson by Mr. and Mrs. Frank S. Peddle Jr., of Oxford, who generously gave it to the university.

Molly Pasco-Pranger, chair and associate professor of classics, said she and her colleagues are proud of Cook for receiving the fellowship.

“His project will bring a pair of inscriptions in our own University Museum’s collection to international attention and contribute to our understanding of these two very different, but similarly small-scale and personal inscriptions,” Pasco-Pranger said. “This is a much deserved honor for Dr. Cook, and I am excited and proud to see a colleague who demonstrates his excellence as a teacher and scholar regularly here on our campus also receive national recognition and support for his research.”