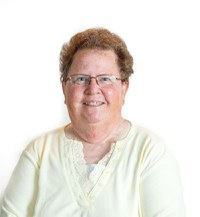 Carol Reardon, military historian of the Civil War, will discuss providing for the families of Gettysburg’s fallen soldiers April 17 at the University of Mississippi.

Reardon’s presentation, at 6 p.m. in the Overby Center Auditorium, is free and open to the public. Named the 2014 Burnham Lecturer in Civil War History, Reardon plans to examine “Sorrow and Survival: Providing for the Families of Gettysburg’s Soldier Dead.”

John Neff, director of the UM Center for Civil War Research, praised Reardon as one of the foremost authorities on the military history of the Civil War.

“Reardon is an engaging and dynamic speaker,” Neff said. “She has a genuine passion for understanding the military history of the Civil War through its multi-faceted human dimensions.  She is a real treasure and we are very fortunate to have her on campus.”

Reardon is the George Winfree Professor of American History at Pennsylvania State University. She is a military historian of the Civil War who incorporates political and social history into her research of military doctrine and training. She has published a number of works on Civil War military history, including the award winning ”Pickett’s Charge in History and Memory.” She is working on a military history of the Civil War’s Eastern Theater, which will be published in the University of North Carolina Press’ upcoming Littlefield Series.

Each April, the Center for Civil War Research invites a distinguished historian to the university to deliver a lecture on the Civil War era. Van Robinson Burnham, a Mississippi native and UM alumnus whose lifelong love of history and archaeology prompted his generous support for the center, made this lecture series possible.