UM professor, author honored for ‘My Father, the Pornographer: A Memoir’ 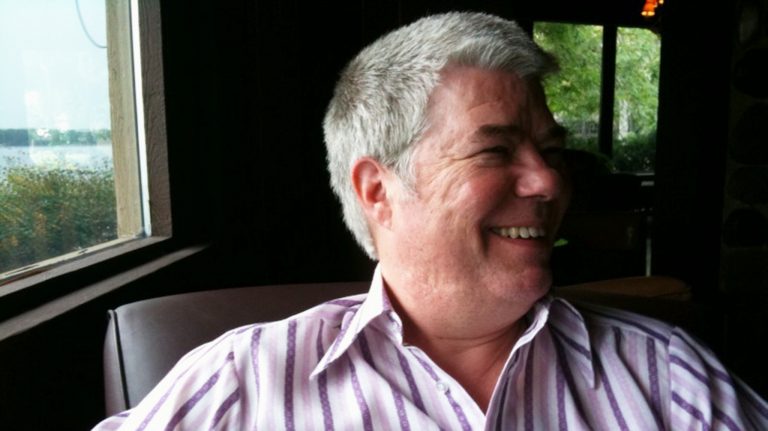 Chris Offutt, University of Mississippi associate professor of English and screenwriting, has won the Kentucky Literary Award for his book “My Father, the Pornographer: A Memoir.”

The Southern Kentucky Book Fest partnership recently announced the award. The Kentucky Literary Award is a celebration of the state’s writing, and eligible books include those from Kentuckians or books with a substantial Kentucky theme. Fiction and nonfiction books are recognized in alternating years, this year being the year for nonfiction.

Offutt, a Kentucky native, is an award-winning author and screenwriter.

“All my books are set in Kentucky or are about people from Kentucky,” Offutt said. “That this particular award is from my home state means more to me than any other honor.”

The New York Times calls the book “A generous reminiscence … ruminative and melancholy … Offutt somehow manages to summon compassion for his father. That, ultimately, is what makes this memoir so unexpectedly moving.”

“Chris Offutt cuts his relationship with his dead father open and reveals it to the world in ‘My Father the Pornographer,’” said Jonathan Jeffrey, KYLA selection committee member. “In this angst-ridden memoir set in Appalachian Kentucky, Offutt tackles the often difficult relationship between a strong, driven father and a son yearning for a ‘normal’ father-son bond.

“The fact that Chris Offutt’s father was a prolific pornographic and science fiction novelist only increases the anguish. The unique nature of this memoir intrigued all the members of the selection committee, but it was Offutt’s crisp, honest prose that resulted in it winning the award.”

The award announcement was made at the Knicely Conference Center at the Southern Kentucky Book Fest Meet the Authors Reception on April 21, the night before the main Book Fest event. Offutt was recognized with a commemorative certificate and a monetary gift received by his sister Scotty Hyde.

Offutt said he’s immensely grateful to the UM Department of English and his colleagues for their support while he worked on the book, which is the first one he’s written while teaching at Ole Miss.

He has written both fiction and nonfiction, this title being his third memoir. He has written five other books, including collections of short stories and novels. His first book, published in 1992, is a collection of stories called “Kentucky Straight.”

Offutt has worked as a screenwriter for “Weeds” and “True Blood,” among other TV shows. His new novel, which is to be released next spring, is called “Country Dark.”

The award is much deserved, and the author is a tremendous asset to the university, said Ivo Kamps, UM chair of English. Kamps calls Offutt a supremely talented writer and a sought-after teacher.

“He offers classes in screenwriting, creative nonfiction and fiction, and his students consistently praise him for his dedication and for his ability to bring his vast experience as a widely published author into the classroom,” Kamps said.

“He is known for taking student writing very seriously, and for providing detailed feedback that helps them improve their work and become better editors of their own writing. He does all this with a prodigious sense of humor.”