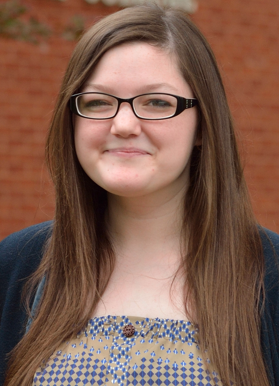 A University of Mississippi freshman from Bruce, Rachel Byars, has been named the new recipient of the Joey Embry Memorial Scholarship.

Joey Embry, like Byars, attended both Bruce High School and UM. Embry was active during his time at UM, including being a member of the Fellowship of Christian Athletes and playing as an offensive lineman for the Rebel football team. Embry tragically drowned in a 1998, but his legacy lives on.

His family and friends make this possible, said Bill and Gwen Embry, his parents.

“After his death, people were asking us what they could do and where they could contribute in his memory,” Gwen Embry said. “Ole Miss was contacted, and the staff told us how to set up a fund.”

The scholarship is intended for UM students from Calhoun and Yalobusha counties.

“The scholarship doesn’t necessarily have to go to a straight-A student, but the recipient does have to be someone who needs and desires an education,” she said.

Byars undoubtedly has this desire: the Sally McDonnell Barksdale Honors College scholar has declared a double major, in English and Chinese.

“I love languages–I love the way they bend and act and connect people,” Byars said.

UM’s language offerings, including the Chinese Language Flagship Program, are among the many factors that pulled Byars to UM. The program is one of only nine in the nation and attracts students to the Oxford campus from all over the United States.

Daughter of Joey and Tammy Byars, Rachel Byars volunteered and was active in academic clubs throughout high school.

“Though I attended a small high school, I found extracurricular life there to be exceptionally interesting,” she said. She took part in the Technology Student Association, Quiz Bowl team and the high school newspaper staff.

“The awarding of this scholarship means more to me than I can detail,” Byars said. “The thought that the individuals responsible for this scholarship have enough belief in me and my capabilities that they would reward my endeavors with monetary gain is incredible. I cannot thank those awarding me enough for their contribution of both finances and faith.”

Individuals and organizations can contribute to the Joey Embry Memorial Scholarship Fund by sending a check with the fund noted in the memo line to the University of Mississippi Foundation, P.O. Box 249, University, MS 38677; or by contributing online at http://www.umfoundation.com/makeagift. For more information, call the UM Foundation at 800-340-9542 or 662-915-5944.