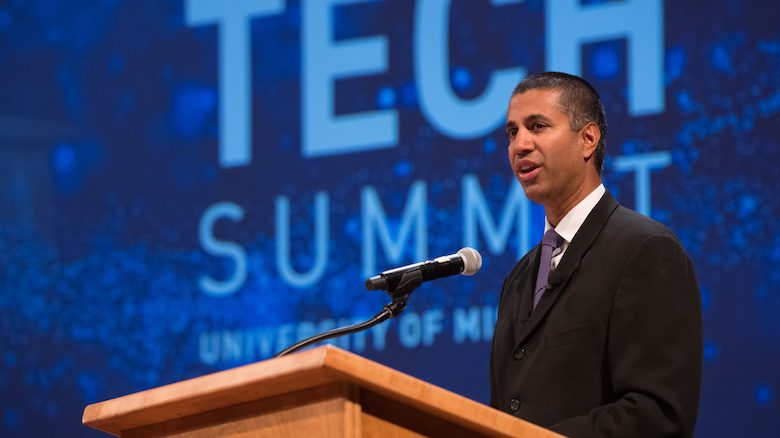 Preparation for inevitable change was the recurring theme as representatives from computer, telecommunications, Internet and cybersecurity industries spoke Wednesday (Aug. 28) at the University of Mississippi’s fourth annual Technology Summit.

Presenters and panelists addressed such topics as workforce diversity, expansion of rural broadband and technology applications during the event in the Gertrude C. Ford Center for the Performing Arts.

“Our primary mission is to serve young people through higher education, and we know we can do this best as an institution that collaborates with other parts of our economy and our society,” he said. “We’re eager to capitalize on our strengths through partnerships, and we want to offer our contributions as well.”

U.S. Sen. Roger Wicker (R-Miss.), who co-hosted and participated in all the previous summits, was this year’s guest of honor. Wicker was instrumental in launching the first Tech Summit in 2016.

“We have some of the brightest minds on the face of the earth here,” said Wicker, who chairs the Communications, Technology, Innovation and Internet subcommittee of the Senate Commerce Committee, among other assignments. “Technology and connectivity are shaping the future course of our planet. That’s what we’re all about here today.”

“Change is not just happening; it’s happening at an accelerated pace,” Cohen said. “As waves of change gain strength, they can either drown us or they can propel us forward. If we don’t embrace change, we’re going to fall behind.”

Citing Comcast’s $500 million investment in the broadband infrastructure of Mississippi since 2011, Cohen said the company doesn’t just react to the future; it creates it.

“Connectivity is key in breaking down the disparities between urban and rural America,” he said. “We look forward to the day when Mississippians in every sector of the state has access to broadband, but we must also make sure that they adapt to it and use it, as well.”

Ajit Pai, chairman of the Federal Communications Commission, was the guest government speaker. He credited Wicker and the late U.S. Sen. Thad Cochran with laying the foundation for bridging the digital divide.

“As chairman, I’m helping the FCC build upon what they established,” Pai said. “The FCC is making progress in terms of expanding the wireless infrastructure. We’re committed to making sure that the benefits of this digital revolution are available to every single American.”

During the day, three separate panel discussions featuring industry professionals and tech entrepreneurs explored the impact of 5G, 10G and beyond; technology and society; and technology and the workforce of tomorrow. 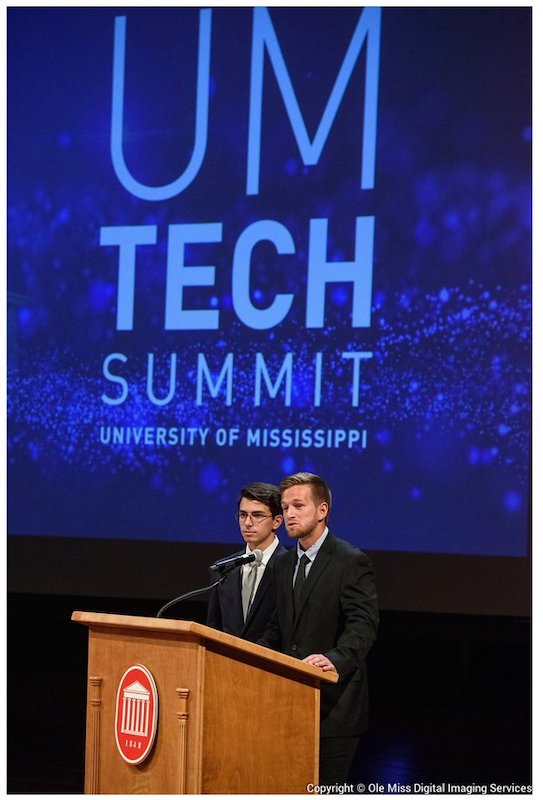 In a closing fireside chat, Jim Barksdale and Andy Lack concluded the event affirming the theme of change that had echoed throughout the summit proceedings.

“People who think that they can stand in the way of change are fooling themselves,” said Barksdale, a UM alumnus, former CEO of Netscape and retired executive vice president and COO of FedEx. “I’ve found that it’s always better to accept it than to try to reject it.”

“Once you get into the culture of a change, you’re on the right side of it,” he said. “Change is good.”

The summit, which can be viewed on the university’s YouTube channel, was hosted and moderated by Mark Jeffries, author, speaker and former Merrill Lynch stockbroker.