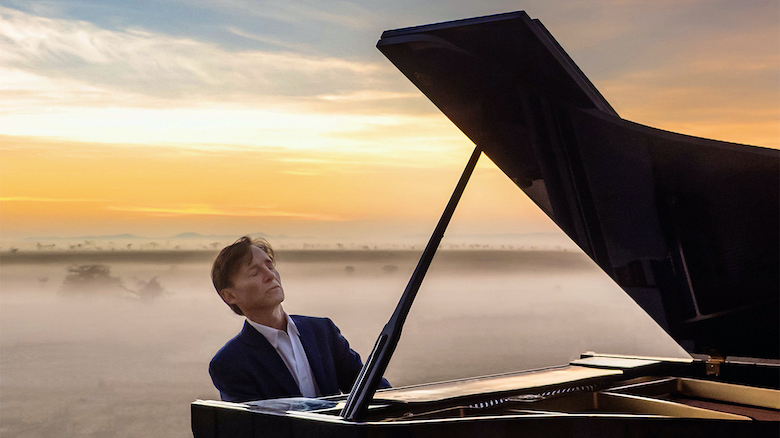 Bruce Levingston performs a dawn concert at the Segera Retreat at the base of Mount Kenya. Photo by Michael Poliza

This past year of uncertainty and stress has caused many to seek answers and inspiration in the familiar. For internationally renowned pianist Bruce Levingston, these difficult times drew him closer than ever to his music.

Amid the pandemic, Levingston, the Chancellor’s Artist-in-Residence of the University of Mississippi‘s Sally McDonnell Barksdale Honors College and holder of the Lester Glenn Fant Chair, recorded an album that he hopes will reflect on these times and bring comfort to listeners.

On his latest recording, “Prelude to Dawn,” Levingston addresses the isolation felt by many while heralding the beginning of the end of one of the most difficult periods most people have ever faced.

“These pieces recall the shadows and fragility of our world, but also the possibility for its regeneration – and a new dawn,” he writes in the preface to the album.

The new album includes Ferruccio Busoni’s arrangement of Johann Sebastian Bach’s chorale prelude “Sleepers, Awake.” Bach’s 17th-century composition was based on a Lutheran hymn written by German pastor Philipp Nicolai during the plague to bring comfort to his fearful parishioners.

In the 21st century, this piece takes on new life under hauntingly similar circumstances.

“I have known this beautiful chorale prelude since childhood,” Levingston said. “In the early months of the pandemic, I found myself returning to it over and over.

“I learned of its origins and original purpose only after I decided to record it. Five centuries later, it still brings solace.”

“Prelude to Dawn,” which also includes music by Johannes Brahms and Wolfgang Rihm, features works that grapple with lightness and dark. Released in February, the recording has garnered praise across the music world.

On the music review site All About the Arts, Rafael de Acha writes: “Bruce Levingston’s magisterial playing of this music reaffirms his position as one of America’s great pianists.” 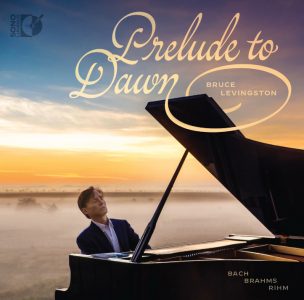 A native of the Mississippi Delta, Levingston has long championed the state’s most esteemed artists. Even while playing at some of world’s most prestigious venues, including Carnegie Hall, Lincoln Center and the Royal Opera House at Covent Garden, Levingston never lost sight of his home: Mississippi.

“Bruce Levingston’s phenomenal talent and countless successes are an immense source of pride for the university and our entire state as he continues to produce extraordinary work, including this inspiring new album,” Boyce said. “We are so grateful for his role as an ambassador for the arts in Mississippi and as a vital member of our campus community.

“Having one of the cultural greats of Mississippi and our nation, who continues to bring teaching excellence and national stature to Ole Miss, significantly enhances the learning opportunities and life-changing experiences we offer our students.”

The release of “Prelude to Dawn” has brought renewed attention for Levingston’s recording of Still’s “Summerland,” which, for Still, depicted a world without racism.

“William Grant Still was the first African American to have a work performed by a major symphony orchestra, and is still a profoundly important voice in classical music,” Levingston said. “His daughter told me Still first wrote ‘Summerland’ in the key of G-flat major.

“Though Still was already a prominent figure, a well-known publishing company refused to print his piece in the original key because they said, ‘Black composers should not write in such complicated keys.’”

When he performed the piece in Carnegie Hall in 2018 and later recorded it, Levingston played “Summerland” in the correct key, the one in which Still composed it. Listeners have taken notice.

Levingston’s recording of the work just surpassed 1.6 million listens on Spotify. Tracks from “Prelude to Dawn” also have been picked up on popular playlists on Spotify and Apple Music, where his recordings top 3.5 million streams.

In the face of present uncertainty, “Prelude to Dawn” conveys a genuine sense of hope.

“We have had trying times before, and we have endured,” Levingston said. “We will endure this, too, and find a better future.”

Hope for the Future 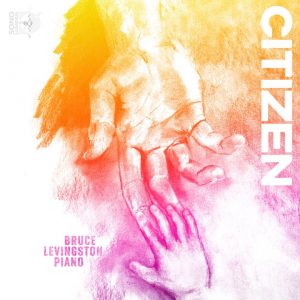 Since the pandemic began, Levingston has been working diligently on new projects that will continue to forge a pathway to the future while paying homage to the past.

Levingston recently commissioned two new works to commemorate these extraordinary times: a set of “Songs without Words” by Walden, and a new chamber music work by William Garfield Walker, a young composer and conductor from Mississippi who recently founded a new orchestral group in Vienna.

“I hope future generations will look back when hearing these works and sense who we were as a people, see how we responded to this bleak moment and feel the humanity that led us to a better future,” he said.

Given the recent response to Levingston’s work, its legacy seems assured. As one critic in the music journal Textura notes of the new album:

“The greatest pleasure, however, lies simply in witnessing Levingston’s artistry in play and attending to the music’s nuanced unfolding in his hands. Leaving the recording, one imagines it could be played two hundred years from now and the experience would be no less rewarding.”