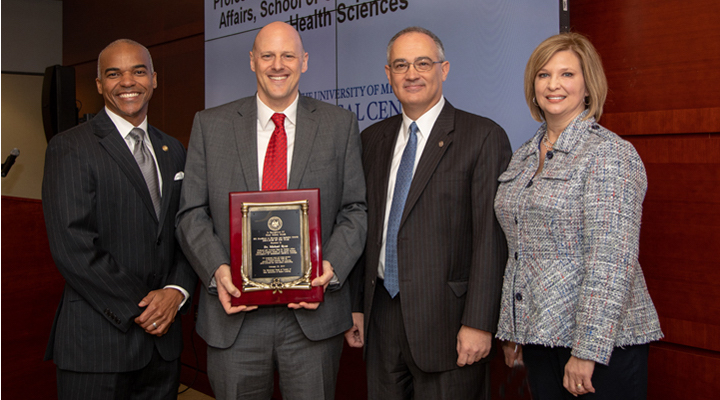 Dr. Steven Cunningham (left), chair of the IHL Diversity Committee, congratulates Michael Ryan, professor and associate dean for student affairs in the School of Graduate Studies in the Health Sciences at the UM Medical Center, on being named the 2019 Diversity Educator of the Year as they are joined by UM Interim Chancellor Larry Sparks and Dr. LouAnn Woodward, vice chancellor for health affairs and dean of the School of Medicine. Photo courtesy IHL

The Mississippi board of trustees of State Institutions of Higher Learning celebrated Black History Month with its annual Diversity Awards ceremony in Jackson. Campus and community leaders were recognized for their efforts in advancing diversity and encouraging understanding and respect.

Michael Ryan, professor and associate dean for student affairs in the School of Graduate Studies in the Health Sciences at the University of Mississippi Medical Center, was named the 2019 Diversity Educator of the Year. Retired educator and community volunteer Penny Sisson, a UM alumnus from Oxford, received the Karen Cummins Community Service Award.

“The Board of Trustees is honored to recognize Dr. Ryan and Mrs. Sisson,” said Dr. Steven Cunningham, chair of the board’s Diversity Committee. “They both demonstrate a tremendous capacity for helping others and have directed their talents and skills in ways that have made an incredible difference to countless individuals. They have helped our communities and our state become more inclusive places to live, work and raise a family.” 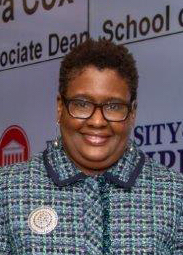 Besides the Diversity Educator of the Year, the board also honored faculty from each of Mississippi’s public universities for advancing diversity at their institutions. Sandra Cox-McCarty, associate dean of the UM School of Law, was the Ole Miss honoree.

Sisson has taught Spanish in a variety of settings from pre-kindergarten through adult education, including at Oxford University School, elementary and secondary schools in Cambridge and Chestnut Hill, Massachusetts, and in Grenada; and universities including UM and the University of North Carolina. She also has tutored students at Ole Miss and offered Spanish classes for the community of Oxford, incorporating cultural information, understanding and appreciation for similarities and differences throughout these classes.

She has taught English as a second language for the Oxford School District, volunteered her time and expertise to teach English to members of the Oxford community; and offered workshops for teachers explaining cultural differences. She has taught multicultural education for UM on both the Oxford and Tupelo campuses.

For more than 20 years, Sisson has worked in the Hispanic ministry at St. Peter’s Episcopal Church, offering worship, teaching English classes and introducing the Hispanic community to a variety of social services available.

She formed a group at St. Peter’s Episcopal Church, called International Friends, for women from a variety of countries. While meeting each week, the group toured many places in the community, including the public library, Southside Gallery and Azalea Gardens. Through the experiences, the members learned about cultural differences and worked on understanding and appreciating differences among the members. 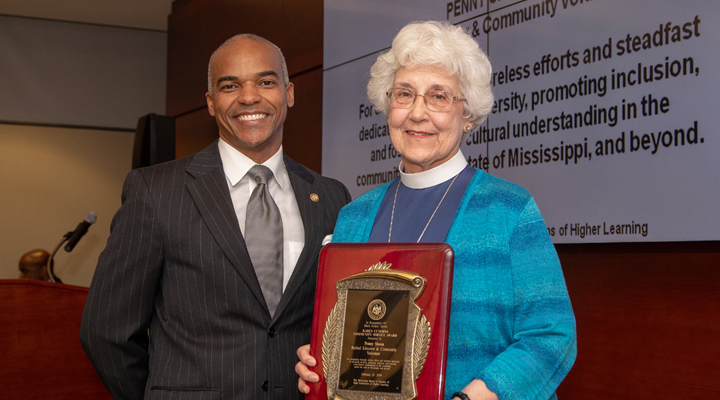 She has served as a translator and interpreter for the Honduras Medical Mission more than 25 times. She has lived in Palenque, Cardenas, Cholula and Tehuacan, Mexico, which has given her the perspective of being an outsider in a community and informed her desire to develop an inclusive mindset in the Oxford community. A native of Grenada, Sisson earned both bachelor’s and master’s degrees from UM.

Ryan was named the 2019 Diversity Educator of the Year for his contributions to diversity and positive relations among all segments of the medical center campus and the broader community.

In his nomination letter, Dr. Ralph H. Didlake, the Medical Center’s associate vice chancellor for academic affairs, summarized Ryan’s contributions: “Our enthusiasm for Dr. Ryan’s nomination is based on his substantive work to attract and mentor underrepresented students into the sphere of bioscience research. This is a critical diversity need and the institution is very proud of his efforts.”

Ryan has served as a mentor for many undergraduate, graduate and postdoctoral underrepresented minority trainees and championed the careers of women and minorities in all phases of his professional career, including teaching, research, service and leadership. He has trained many minority high school and undergraduate students.

He has played a major role in increasing the number, quality and diversity of the student body at the Medical Center and has been awarded a National Institutes of Health R25 grant to promote a diverse biomedical research workforce in Mississippi, which has supported 40 underrepresented minority students from undergraduate institutions, many of them historically black colleges and universities.

The percentage of underrepresented minority students in doctoral programs at the Medical Center has nearly doubled, and Ryan has helped them in numerous ways, including preparing for their qualifying exams, serving on dissertation committees and counseling them when they have difficulties. Ryan advises approximately 65 students each year, of which 27 percent are underrepresented minority students and 55 percent are women.

Ryan has served as a leader and mentor in several programs that provide summer research experiences for K-12 students and undergraduate students, including the Summer Undergraduate Research Enrichment Program at the Medical Center. Under Ryan’s direction, the number of minorities in the SURE program has steadily increased from 12 percent to 35 percent.

His contributions to diversity and inclusion extend beyond the Medical Center into the community. He has organized and led community outreach events that bring science to elementary, middle and high school students, such as an outreach event at the Mississippi Children’s Museum and the Discovery U High School Program. Ryan has served as a mentor for the Base Pair Program with Murrah High School and on the Mississippi Children’s Museum’s Scientific Advisory Board.

Ryan is consistently rated as one of the top instructors in medical physiology and dental physiology and has been recognized with numerous awards for his work both inside the classroom and beyond, including election to the Norman C. Nelson Order of Teaching Excellence at the Medical Center and election as chair of the Water and Electrolyte Homeostasis Section of the American Physiological Society.

Ryan has been recognized for his efforts on diversity and inclusion initiatives with the A. Clifford Barger Underrepresented Minority Mentorship Award from the American Physiological Society, the UMMC Beacon Award and the Veteran’s Affairs Merit Award.