During breaks in the academic year, students expand their academic and professional experiences across campus, the state, the nation, and the globe-excavating caves in Italy, fundraising for national political organizations, engaging in community service, strategizing to grow local economies, doing medical research, and enriching their education in scores of internships and projects to lay the groundwork for careers. Employers aren’t looking only for a high GPA. They want to hire people who can collaborate with diverse groups of people, problem solve, and bring value to the workplace with hands-on experience. 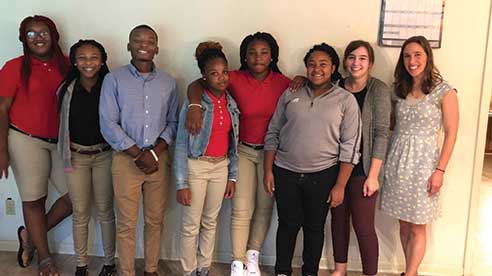 Curtis Hills (third from left) with participants in a resume-building workshop at the Nollie Jenkins Family Center in Durant.

For Curtis Hills’ summer internship with M Partner, a UM community engagement effort to improve quality of life in partner cities of Charleston, Lexington, and New Albany, he provided resume and career-building workshops for youth. Returning to his hometown of Lexington, Hills’ presence as a university student sent an important message to set high expectations, but the expectations went both ways.

“The students taught me the value of building community,” he said. “A conversation can’t travel far without trust, and I was humbled that the students insisted I gain their trust.”

Hills taught professional skills for more competitive applications for scholarships, colleges, and jobs. The workshops engaged students in resume building, critiques, mock interviews, and encouraged them to consider how their skills and passions align with different careers. 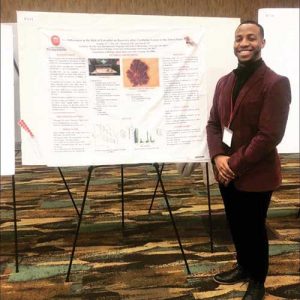 As a Ronald McNair Scholar, LeMarcus Echoles joined a neuroscience research lab in the Department of Biology. The Ronald E. McNair Post-Baccalaureate Achievement Program funds first-generation, low-income students for six-week intensive research projects on the UM campus, with the goal of increasing their success rate in graduate school. Guided by professor-mentor Lainy Day, associate professor of biology and director of the neuroscience minor, Echoles, a biological science major, used zebrafish to study the the role of sex hormones in the healing of brain lesions. The goal: to understand the interplay of hormones and biological processes at a cellular level.

His summer experience, “helped me prepare for more challenging coursework and gave me greater confidence in my abilities as a researcher,” he said. 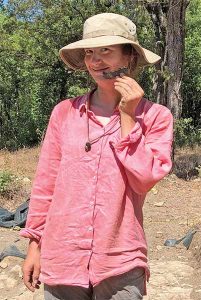 Greta Koshenina
The classics major knew becoming an archaeologist meant getting her hands dirty. Last summer, Koshenina joined the Poggio Civitate Archaeological Project in Vescovado di Murlo, Italy as part of a group excavating an Etruscan site—a project she independently found through the American Institute of Archaeology. She worked on her applications for the program and funding with Jacqueline Dibiasie Sammons, assistant professor of classics.

“Through the financial support of the classics department, and other UM resources, I was fully funded for the summer and learned things that will be essential to my career, like the reconstruction of artifacts using a 3-D printer,” she said. 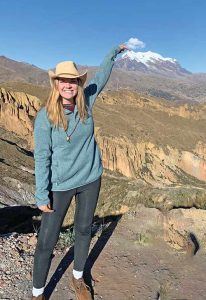 A student in the Croft Institute for International Studies, Olivia Jaramillo is primarily interested in Latin America, a perfect fit for Social Science Field School in Bolivia. The program, led by Katherine Centellas, Croft associate professor of anthropology, combines a class, Politics & Culture of the Andes, with training in intensive research methods.

“I came to know Professor Centellas from taking one of her classes, Latin American Studies, during the school year,” said Jaramillo. “She encouraged me to study with her in Bolivia.”

Jaramillo lived with a host family during the week and traveled on the weekends. “It was a challenging but rewarding experience,” she said. 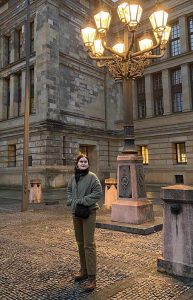 See the World. Sociology major Katie Howell learned about the Holocaust and took in the sights during her winter break in Germany at the CIEE Global Institute. She used a US Department of State Gilman Scholarship to support her short-term study abroad experience, which fit her college plan because of time and cost limitations. The Gilman Scholarship enables a wide range of American students to gain proficiency in diverse languages and cultures—skills critically important to academic and career development. 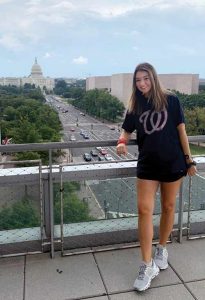 A major in the Department of Public Policy Leadership, Cooper interned in the finance division of the Republican National Committee in DC. She landed the gig because UM Associate Director of Admissions Martin Fisher (BA ’11) knew staffers at the RNC.

“In the finance division alone there were three or four UM alums,” Cooper said. “The chief of staff was even an UM alum.”

Her work put into action the theory she learned in her Public Policy Leadership classes. The internship provided a launchpad for a career in politics, which she’s now pursuing after graduating in May. 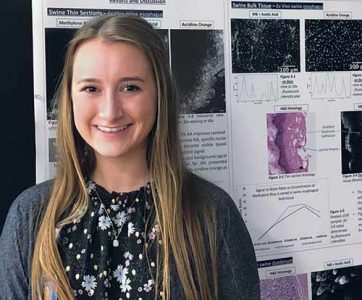 Loe was selected for the Health Sciences & Technology-Wellman Summer Institute for Biomedical Optics, a collaboration between Harvard University and the Massachusetts Institute of Technology, allowing eight to 12 undergraduate students to pursue full-time laboratory research.

Loe, a chemistry major, worked in a lab run by Guillermo (Gary) Tearney, the Remondi MGH Research Institute Chair, professor of pathology at Harvard Medical School, and affiliated faculty member with Harvard-MIT Division of Health Sciences and Technology. Loe met Tearney during Honors College Junior Quest when she traveled to Boston to interview professionals and gather information for her honors theses. At the lab, Loe was part of a research team leading the medical field in using high-resolution optical imaging modalities to diagnose disease rather than taking tissue from the body for biopsies, resulting in a diagnosis without an invasive procedure. 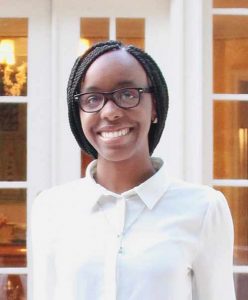 A psychology major, Brown recorded and measured patient brain waves at Synapse, an Atlanta-based biomedical company specializing in neuroscience. Brain waves are patterns of electrical activity in the brain that can be measured using specialized equipment, such as an electroencephalogram (EEG). Researchers have found detectable differences when looking at the brain wave patterns of people with mental health disorders compared to brain wave patterns observed in healthy individuals.

The Synapse opportunity came from a UM alumna who activated her professional network to help Brown.

“This internship opens my options in the field of psychology. It also gives me a better idea of what a psychologist does on a day to day basis and makes me feel ready for the real world, for the adult world of work.” 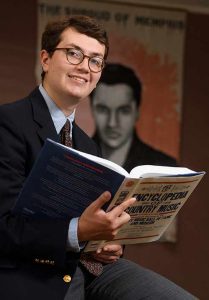 As an intern at the Country Music Hall of Fame and Museum in Nashville, Tennessee, the English and Southern Studies double major wrote his honors thesis about country music. Nieman worked with school programs, part of the museum’s education department, splitting his time between hands-on programming for students and behind-the-scenes research.

“I am especially interested in the outlaw country movement of the 1970s and one of the museum’s biggest temporary exhibits was Outlaws & Armadillos: Country’s Roaring ’70s. It was a mecca for my research.” 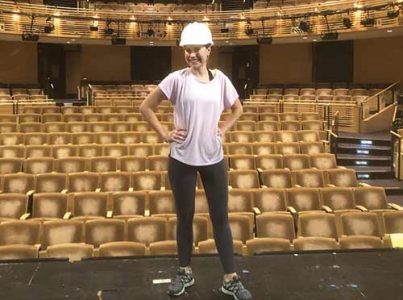 A double major in theatre arts and finance, Schuetz worked as a business management assistant in the finance office of the Williamstown Theatre Festival, a Tony Award-winning company in Massachusetts known as one of the nation’s top training and professional development programs for new generations of aspiring theatre artists and administrators.

“Williamstown was life-changing. Surrounded by amazing artists—Jesse Tyler Ferguson, Uma Thurman, Mark Feuerstein, Jane Kaczmarek, and many others, I experienced the creation of productions such as A Raisin in the Sun and the company’s summer programs.”