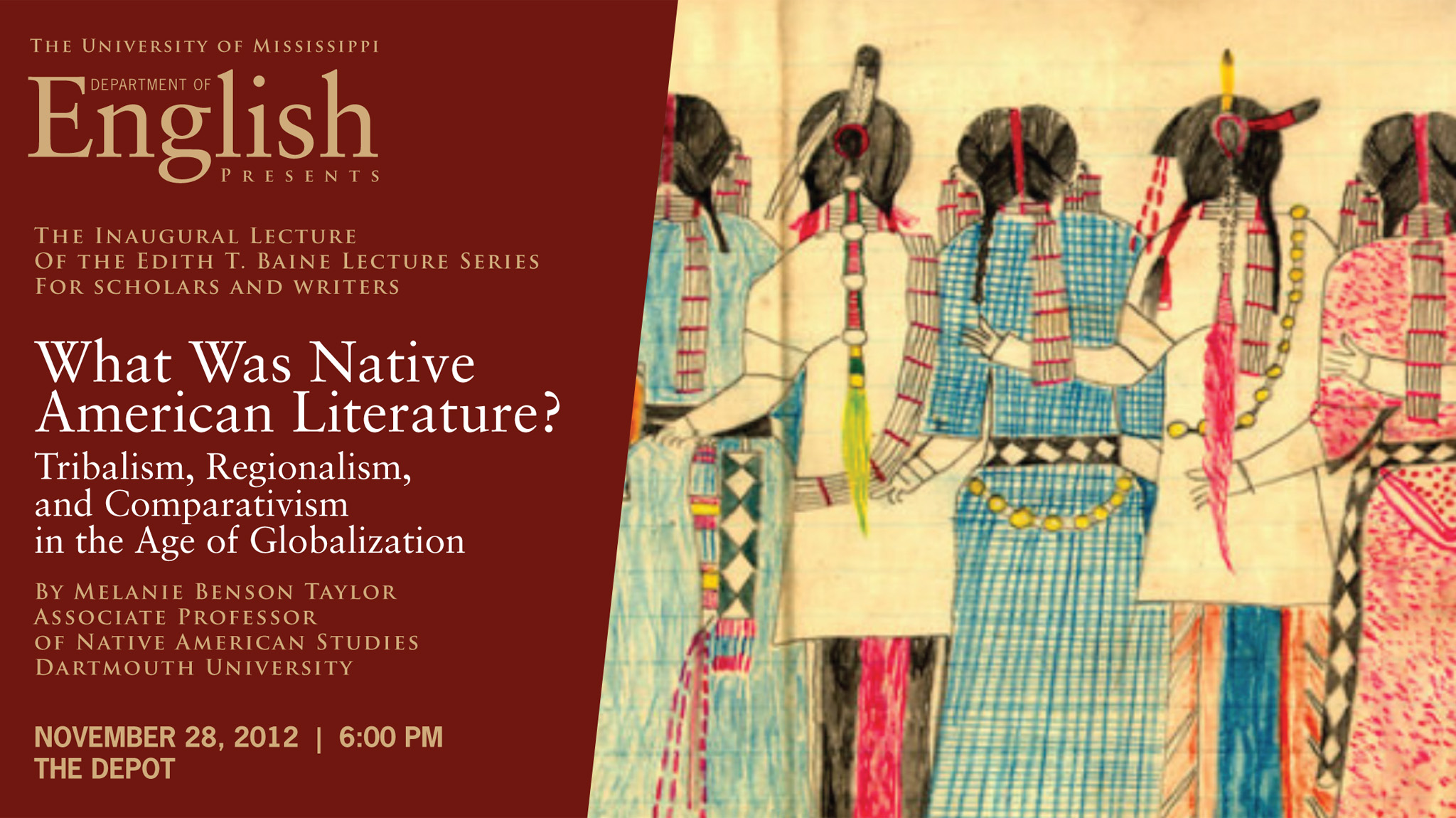 Melanie Benson Taylor is Herring Pond Wampanoag. She earned her BA degree from Smith College in 1998. She received her MA and PhD degrees from Boston University in 1999 and 2005, respectively. She became Assistant Professor and Director of American Studies at the University of Hartford in 2006. She is currently Associate Professor of Native American Studies at Dartmouth University where she is teaches and researches modern and contemporary Native American literature and U.S. Southern literature and culture. She is the author of two influential books: Disturbing Calculations: The Economics of Identity in Postcolonial Southern Literature, 1912-2002 (University of Georgia Press, 2008), and, most recently, Reconstructing the Native South: American Indian Literature and the Lost Cause (University of Georgia Press, 2012). This latter book holds the distinction of being the first full-length study of Native Southern literature. With this book, Melanie Benson Taylor helped inaugurate a new scholarly field known as the “Native South.” Her book has been called a “cutting-edge” study located at the intersection of two fields and a work that shows us how we can “explore productive new affiliations.” It is an outstanding work that signals a paradigm change for not just one field of study, but two.

In addition to her book-length publications, Melanie Benson Taylor has published a dozen articles on topics ranging from Faulkner to Native American film, from Native New England to the Native South. All of her work is keenly attuned to economic history and globalization studies even as it interrogates local cultures.