Artist Talk: Women in the Film Industry with Maggie Renzi 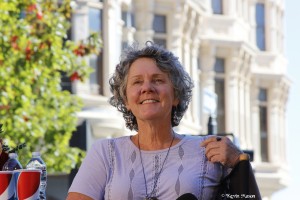 The Sarah Isom Center for Women and Gender Studies is proud to announce an artist talk with actor and film producer Maggie Renzi on February 19th at 6:30 p.m. in Bryant Hall 209 at the University of Mississippi.

Maggie Renzi’s work with the influential independent filmmaker John Sayles promises to appeal to filmmakers, film buffs, and those interested in the history of Hollywood filmmaking and independent cinema.

Maggie Renzi has been John Sayles’ creative partner since 1978 and she has produced nearly all of his movies. She has also acted in many of them. For John Sayles, Maggie Renzi produced Lianna, The Brother from Another Planet, Matewan, City of Hope, Passion Fish, The Secret of Roan Inish, Lone Star, Men With Guns, Limbo, Sunshine State, Silver City, Honeydripper, and Amigo. She produced many of these films with either Sarah Green or Peggy Rajski.

This event is made possible through the support of the Departments of English and Theatre Arts and the Cinema Studies Program. This event is free and open to the public and will be followed by a reception.

For assistance related to a disability for this event, please contact Kevin Cozart at 662-915-5916 or isomctr@olemiss.edu.