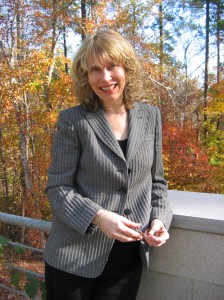 A professor of literature and romance studies at Duke University is set to discuss the concept of “otherness” in society when she speaks Thursday (Sept. 27) at the University of Mississippi.

Toril Moi is slated to deliver the 52nd annual Christopher Longest Lecture at 6 p.m. in Bondurant Hall, Room 204C. A reception precedes the lecture at 5 p.m. in Paris-Yates Chapel, and both events are free and open to the public.

Moi said she hopes her talk, “What is Otherness? Who is my Other? What Simone de Beauvoir Can Teach Us about the Concept of the Other,” will help people use the term in more helpful ways.

“The concept of ‘the other’ has been used recently to define people of a different gender, class, race, ethnicity, language, sexuality, culture, religion from ourselves. Often it is used derogatively,” Moi said. “Simone de Beauvoir reminds us that to be able to see someone as ‘other’ – and not, for example as an extension of ourselves – is also an achievement, for that allows us to enter into genuine reciprocity with them.”

Beauvoir, a French existentialist who identified herself as an author rather than a philosopher, is acknowledged for challenging the patriarchal status quo with her 1949 publication “The Second Sex,” which expressed the social and political injustices against women in history. The Vatican placed it on its banned books list.

“People are still fascinated by this author and especially ‘The Second Sex,’ one of her best-known books,” Moi said. “In it, Beauvoir argues that women throughout history have been negatively defined as the ‘other’ and she concludes with a picture of a future in which men and women are equals, although still different.”

Donald L. Dyer, UM chair of modern languages, said the annual Longest Lecture “has become an important part of the fabric of our department” and allows the department to bring prominent national scholars to campus.

“Professor Toril Moi is a noted scholar in the fields of feminist theory and women’s writing; the intersection of literature, philosophy and aesthetics; and ordinary language philosophy in the tradition of Wittgenstein, Cavell and Austin,” Dyer said. “We are very excited to welcome her to our campus.”

Moi, who is the James B. Duke Professor of Literature and Romance Studies and professor of English and theater studies at Duke University, said she is honored to be a Longest lecturer.

“This fantastic lecture series is over 50 years old and consistently brings prominent speakers to Ole Miss in the field of modern languages,” she said. “I was honored when Ole Miss Professor Anne Quinney called. Since Anne was once my graduate student at Duke, I am particularly delighted.”

At Duke, Moi is also director of the Center for Philosophy, Arts and Literature. She received her bachelor’s degree in French, Spanish and comparative literature (1976), master’s in comparative literature (1980) and Ph.D. (1985) from the University of Bergen in Norway. She is the author of “Sexual/Textual Politics,” “What is a Woman?” “Henrik Ibsen and the Birth of Modernism” and, most recently, the second edition of “Simone de Beauvoir: The Making of an Intellectual Woman.”

The Christopher Longest Lecture Series was established at UM in 1960 by Ann Waller Reins Longest, in recognition of Christopher Longest’s distinguished service to the university from 1908 to 1951 in the departments of classics and modern languages. The annual lecture series, sheltered in the departments of modern languages and English, features visiting scholars in these fields.

For more information about the Department of Modern Languages, visit http://modernlanguages.olemiss.edu