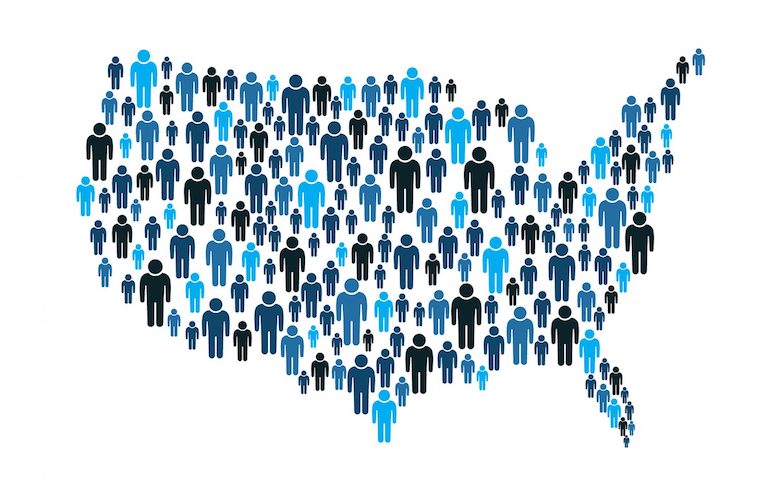 American People by the Map illustration

This week’s release of the national and state population totals, as well as state apportionments, marks the culmination of a year’s dedicated work by local civic and social organizations in partnership with the United Census Bureau in Mississippi and across the nation.

The 2020 Census occurred during tumultuous events: deployed in a pandemic, rolled out for the first time online and data collection cut short by more than a month. Yet, when including the Census Bureau nonresponse follow-up, 99.9% of Mississippi households were counted.

Sixty percent of households self-responded – the bureau didn’t have to come knock on their door – and nearly 40% used the internet for the first time to complete the Census.

In contrast, the South overall saw a 10% increase in population, and Mississippi’s border states saw at least 2% growth in population. The 2020 Census shows that U.S. population as a whole grew at the second-slowest pace in history.

The new Census data and apportionments also reveal another interesting trend: growing Southern representation at the federal level. In fact, of six states that gained seats, three were from the South, for a total of four new Southern seats.

Yet, what does this mean for Mississippi? As the only Southern locale to lose population, the impacts in federal funding are clear. But there are also significant implications for workforce development, infrastructure development, tax revenue and education.

Although this week’s release focuses on the national and state total populations, future releases by the Census Bureau will provide details for the county and district levels, and will include data on race, ethnicity, age and sex. These counts have important implications for federal funding, state-level representation and redistricting.

As those releases are made available, the State Data Center at the University of Mississippi will provide information and training to help understand demographic changes occurring in the state.

The United States Census is a constitutionally mandated count to provide information on the size, composition and distribution of the population at the national, state and local levels. The Census is conducted every 10 years. Results are used for various purposes, such as apportionment, allocation of federal funds and survey design.

The SDC is a collaborative partnership between the UM Center for Population Studies, the state of Mississippi and the U.S. Census Bureau. The SDC provides outreach and education, technical assistance around public data, and represents the state with the Federal-State Cooperative for Population Estimates.

For the most up-to-date information on Census data as it relates to Mississippi, check http://www.sdc.olemiss.edu. For questions, contact Jamiko Deleveaux, SDC manager, at jvdeleve@olemiss.edu.

Anne Cafer is a University of Mississippi assistant professor of sociology, Jamiko Deleveaux is a postdoctoral research associate, and Lynn Woo is interim director of the UM Center for Population Studies.