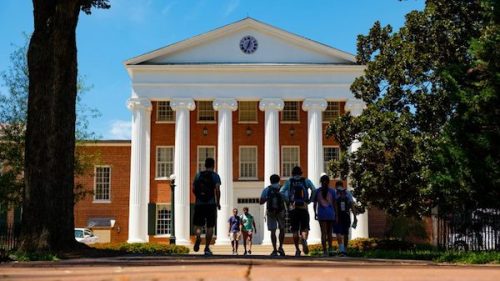 With generous private support and high-performing investments, fiscal year 2017 saw the University of Mississippi’s endowment climb to approximately $675 million – a notable increase of 12 percent, attributed to effective management and a strong market.

The stellar year of philanthropy was further evidenced in private gifts that totaled $153.6 million, marking the sixth consecutive year donors gave at least $100 million. Cash gifts of all sizes combined for $94.2 million, with new pledges (as yet unrealized) adding up to more than $36.6 million. Donors committed more than $22.8 million in current and future planned gifts to Ole Miss.

Chancellor Jeffrey Vitter pointed to private support as key to ensuring the margin of excellence expected of a nationally- and internationally-recognized educational and research institution.

“We have imagined a future for the University of Mississippi as a preeminent international research university and leading force for innovation in Mississippi, our nation and our world,” the chancellor said. “We will realize that future only with the extraordinary investments of alumni and friends and the dedicated efforts of faculty, staff and students.

“We are grateful for the commitment to excellence that permeates our university family. While all great institutions share many outstanding attributes, none is more primary than the continual drive to get ever greater – to desire more, to give more and to be more.”

Wendell Weakley, president and CEO of the UM Foundation, spoke to the growth of the university’s endowment, which represents permanently held funds that are invested and managed for the university. The investments benefited from historic peaks in the stock market.

“In a year of incredible university achievements, we are particularly proud of the growth of our endowment,” Weakley said. “We enjoyed a double-digit rate of return on investments, which are managed by the foundation’s diligent Joint Committee on University Investments. In addition to generous donors and the expertise of our investment committee members, the university benefits from the leadership of a deeply committed UM Foundation board of directors.

“We are honored to be entrusted with generous gifts and are constantly aware of our serious responsibility to steward them. With all of our continued, combined efforts, we can ensure this flagship university will continue to benefit generations to come.”

Among major gifts directed to the Oxford campus were $28 million (with half shared with Mississippi State University) from the Robert M. Hearin Support Foundation of Jackson for the Mississippi Excellence in Teaching Program; $7.25 million from the Luckyday Foundation of Jackson for the Luckyday Success Scholarship program; $2.1 million from the estate of the late Wilton Ernest Dyson of Birmingham, Alabama, for the Patterson School of Accountancy; and $1 million from Pam and Brook Smith of Lexington, Kentucky, for the Southern Foodways Alliance. 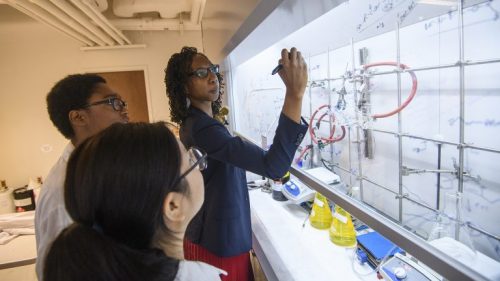 Recent investments in the university will help ensure there are more physicians and top-tier services to take care of Mississippians. A $74 million, state-of-the-art School of Medicine building opened in August, facilitating plans to expand entering class sizes from around 145 students to 155, and to eventually top off at approximately 165 – the total considered necessary to meet the state’s goal of 1,000 additional physicians by 2025.

“As much as UMMC needed a modern facility that our medical students can call their campus home, our state needs even more the additional physicians that this larger and more advanced building will allow us to graduate over a lifetime of service,” said Dr. LouAnn Woodward, UM vice chancellor for health affairs and dean of the School of Medicine.

In addition, the Medical Center experienced remarkable momentum with the Campaign for Children’s Hospital, reflecting the importance benefactors place on children’s health. Children’s of Mississippi is the umbrella organization that includes Batson Children’s Hospital and all UMMC pediatric care, including clinics offering specialty care around the state.

A lead gift of $10 million came from campaign co-chairs Joe and Kathy Sanderson. Friends of Children’s Hospital pledged an additional $20 million and a $10 million planned gift was committed by an anonymous donor. Other significant gifts included $1 million from Eli and Abby Manning of Summit, New Jersey, honorary co-chairs of the campaign; $1 million from the children of Dr. and Mrs. Rodney Faser Triplett through their Jackson-based family foundation; and a gift from Robbie Hughes of Jackson, the widow of the late Dudley Hughes, who previously endowed a distinguished chair in UMMC’s MIND Center.

Funds raised in the campaign will help the Medical Center enlarge and update its space dedicated for pediatric care, including an expanded and renovated neonatal intensive care unit, more rooms for the pediatric intensive care unit, more operating rooms and the creation of an imaging clinic especially for pediatric patients. A new pediatric clinic will make care for outpatients more convenient and comfortable for families. Expansion of the Children’s Heart Center is also on the drawing board.

Ole Miss athletics continued to enjoy strong donor support, with more than $30 million in cash gifts and more than $5 million in new pledges. The $200 million Forward Together campaign has attracted $172 million, as a new phase of projects gets underway.

“Our donors will be excited, we believe, to see their gifts at work through construction and renovation of our athletic facilities, giving Ole Miss student-athletes the highest quality of experiences both on and off fields and courts. Our generous, loyal and dedicated fan base continues to fuel new heights of excellence.”

A number of capital projects supporting athletics are underway on the Oxford campus. The recently renovated Gillom Center, which is the home to the soccer, softball, volleyball and rifle programs, just saw its $11 million renovation come to completion. Both tennis programs soon will see an $11 million, 52,000-square-foot indoor facility, set to open in January 2018. Features include six courts for practice and competition and seating for 300 spectators.

The nationally-prominent track and field programs saw their facility receive major upgrades in the last year, and Rebel baseball is undergoing a facelift that will completely change the dynamic for student-athletes and fans. Construction around Vaught-Hemingway Stadium continues for the north plaza featuring the Jake Gibbs Letterwinner Walk and Lloyd Bell Tower, which will further enhance the game day experience for Rebel Nation.

“The generous philanthropic investment in the university by our alumni and friends is a hallmark of their passionate belief in the power of education,” Vitter said. “We are tremendously thankful for all the generous donations, which are such a vital part of our university’s sustained growth, reach, impact and success.”