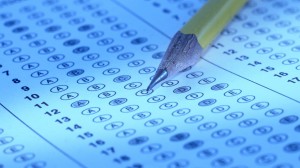 Incoming freshmen at the University of Mississippi should feel confident in their ability to succeed in the classroom, as this year’s freshman class has set a new record on the ACT college entrance exam.

The average ACT scores (which include converted SAT scores) for incoming freshmen at Ole Miss for the fall 2012 semester hit 23.9, a record high for the university, school officials report. This figure is 0.4 points higher than the fall 2011 average score of 23.5 and 0.6 points higher than the 23.3 average in fall 2010.“Over time, the data shows that our incoming average ACT is increasing, and a growing percentage of the freshman class has higher ACT scores,” said Noel Wilkin, UM associate provost. “This year is our biggest jump in that percentage in looking at the past five years.”

The increase in ACT scores is also a result of the quality of students enrolling in special programs such as the Sally McDonnell Barksdale Honors College, Trent Lott Leadership Institute and Croft Institute for International Studies.

“The average ACT of entering freshmen is even more impressive in our special programs,” said Mary Harrington, UM director of institutional research. “For instance, the Croft Institute has an average ACT of 31.0.”

For more information about admission standards and policies at UM, go to https://www.olemiss.edu/admissions/.