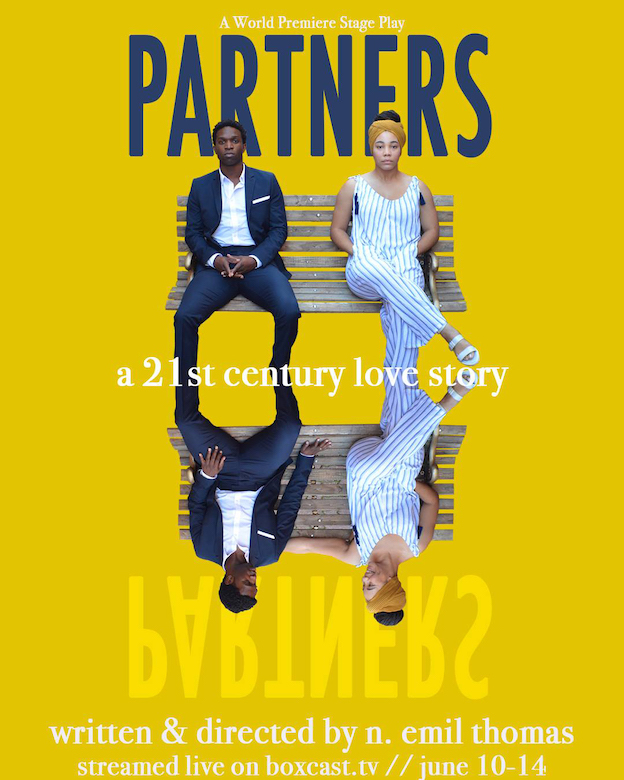 University of Mississippi alumni Kaleb and Tina Sade Mitchell star in ‘Partners,’ a new play by N. Emil Thomas that premieres online this week as a new production by Marietta’s New Theatre in the Square.

At a time when the entertainment industry is crippled by a pandemic and theaters everywhere have been forced to shut their doors, two University of Mississippi graduates are set to debut a new play live via the internet.

Kaleb and Tina Sade Mitchell (BFA 14; BA 15), husband-and-wife actors who met as undergraduates in the Department of Theatre and Film, will perform “Partners,” a new work written and directed by N. Emil Thomas, executive artistic director of Marietta’s New Theatre in the Square, a regional theater just north of Atlanta. The show opens to remote audiences Wednesday (June 10) and runs through June 14.

“Partners,” which Thomas describes as a “21st-century love story,” is about property developers and former lovers Solomon, played by Kaleb, and Zenobi, played by Tina, who after a period of separation find themselves together on an otherwise average night in the penthouse condo they once shared. When a crisis unfolds that keeps them locked indoors, they are forced to confront aspects of their relationship that remained unexamined after they separated.

Though there are parallels – crisis, lockdown – to the current moment, Thomas began writing the play two years ago, inspired by a great love he had experienced. The play was scheduled for its live-audience premiere this summer, until the COVID-19 pandemic and social distancing silenced theaters nationwide.

But a two-person play starring actors who were already sheltering in place together? All they needed was a camera and an internet connection to make it work.

“It felt like it fell in our laps, that this was the perfect opportunity for the perfect two actors at just the right time,” Thomas said in an interview via Zoom that also included the Mitchells.

Transitioning a work of theater from live to livestream – especially during the time of social distancing – can require adjustments to nearly every aspect of the play: the set design, the lighting, the blocking and, of course, the rehearsals. 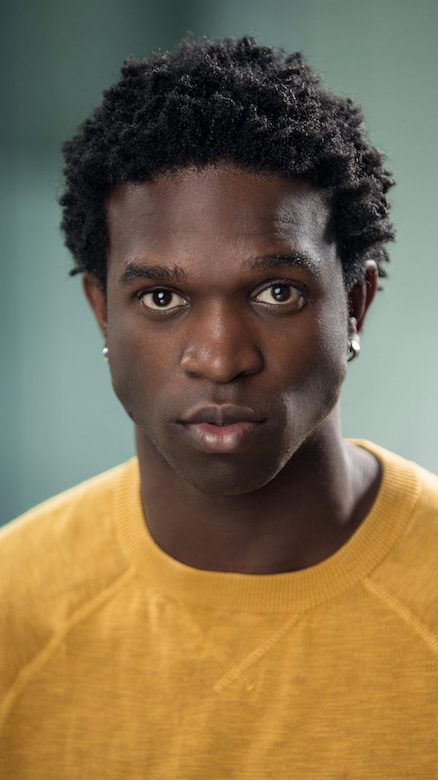 “The first week, we did everything on Zoom,” Kaleb said. “Emil would call us and he would be on webcam, and we would read through the script, talk about everything and have our table read. Our entire table read was on Zoom.”

All three had already been social distancing for weeks before rehearsals began, and when they felt it was safe to do so – after a period of zero contact with the outside world – they moved rehearsals into the theater in historic downtown Marietta.

But they soon found that the very thing that made it possible for Kaleb and Tina to safely perform in this production – the fact that they were already living together – presented its own challenges.

“We’d been spending so much time together being at home all the time, and then going into the rehearsal process we realized, ‘Oh, our characters haven’t seen each other for quite some time,’” Tina said. “So how do we make that translate into our bodies physically being onstage? That was pretty challenging from the start.”

“And we’re not like these people at all,” Kaleb added, sparking a fit of laughter from both actors and the director.

“So opposite!” agreed Tina.

Despite these challenges, the couple said that portraying two people who had experienced a great romance took them back to Ole Miss and the first (and, also, last) time they worked together, in Jackie Sibblies Drury’s “We Are Proud to Present …,” which they recalled in the kind of sentence-finishing, conversational volley in-tune couples often fall into.

“I think the last time we actually were onstage doing …”

The couple has worked together since then, doing “Walking Dead” tours with the Georgia Tour Company in 2015, which Tina described as “more of a cosplay experience, which is super fun” as well as touring with the National Theatre for Children in 2017.

Kaleb also did a season with Tecumseh Outdoor Drama in Ohio that year, before moving to Atlanta to work with Thomas on three shows for Marietta’s New Square Theatre. More recently, Kaleb has been getting into film and television work; last year he appeared in a commercial for Aflac insurance.

Producing a play for an unseen audience on the other side of a live-feed camera is a new experience for both the actors and the director, but it’s one they’re embracing as a way to carry theater through a time filled with uncertainty. 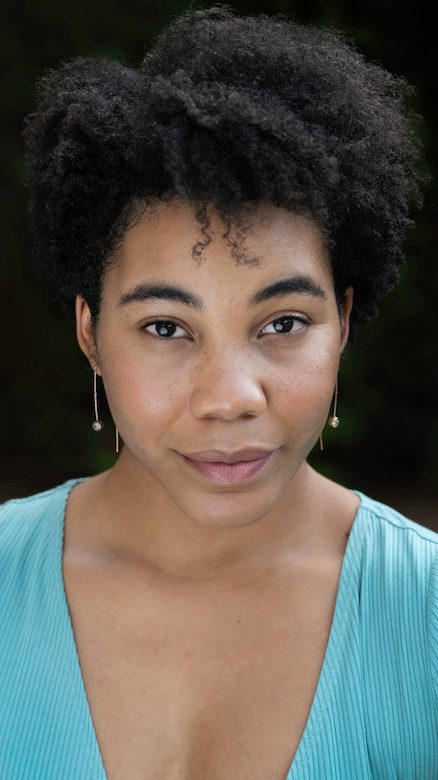 “I think this is the beginning of theaters doing smaller shows with smaller casts and not much crew – unless there’s a camera – and still being able to do the live work that we love to do anyway,” Kaleb said.

“I think it’s going to grow larger, and this might be one of the things that kicks it off here in our city – just to know that it’s possible.”

“People are going to feel that it’s more of an option now, to be able to produce theater on camera streamed on the internet,” Tina added.

Thomas also sees it as an opportunity for new works to be created specifically for this new environment; not only is it all but impossible to produce plays with larger or ensemble casts while following pandemic safety protocols, but much of the American theatrical catalog is tied up in licensing that doesn’t allow for streaming performances.

“I don’t think we have to wait until 2021,” Thomas said. “It’s safe to do this. I understand the hard part of it is that we can’t all work. But we can still make two-person, four-person shows. And they don’t have to be full length – they can be 10 minutes; they can be one-acts.

“This is the playground for new works.”

Kaleb and Tina are creating new works of a slightly different sort.

“We’re working on developing our own web series; we’re both writing our own series,” Kaleb said.

“Mine is about the practices of hoodoo in Louisiana, and it follows the folk tales and some stories that I heard growing up on the south side of Louisiana, in the swamp. It’s going to be an anthology series, so every episode will be different, but each one will be focused around hoodoo.”

“Mine follows a couple learning to live in this age that we’re in,” Tina said.

“Learning to be adults and learning the things that you weren’t taught in school. Simple stuff like doing taxes – I wrote an episode about what that’s like. Or moving. Just what it’s like to be in your 20s right now, with the internet, and with things being as hard as they are but also as easy as they are.”

Until those series are released, you can see Kaleb and Tina in Marietta’s New Theatre in the Square’s production of N. Emil Thomas’s new play “Partners,” which premieres live online at 7 p.m. (CT) Wednesday (June 10). Additional performances are at 7 p.m. June 11-14 and 3 p.m. June 13-14.

Viewing passes – which are $9.99 per screen, rather than per person – are available from Marietta’s New Theatre in the Square.