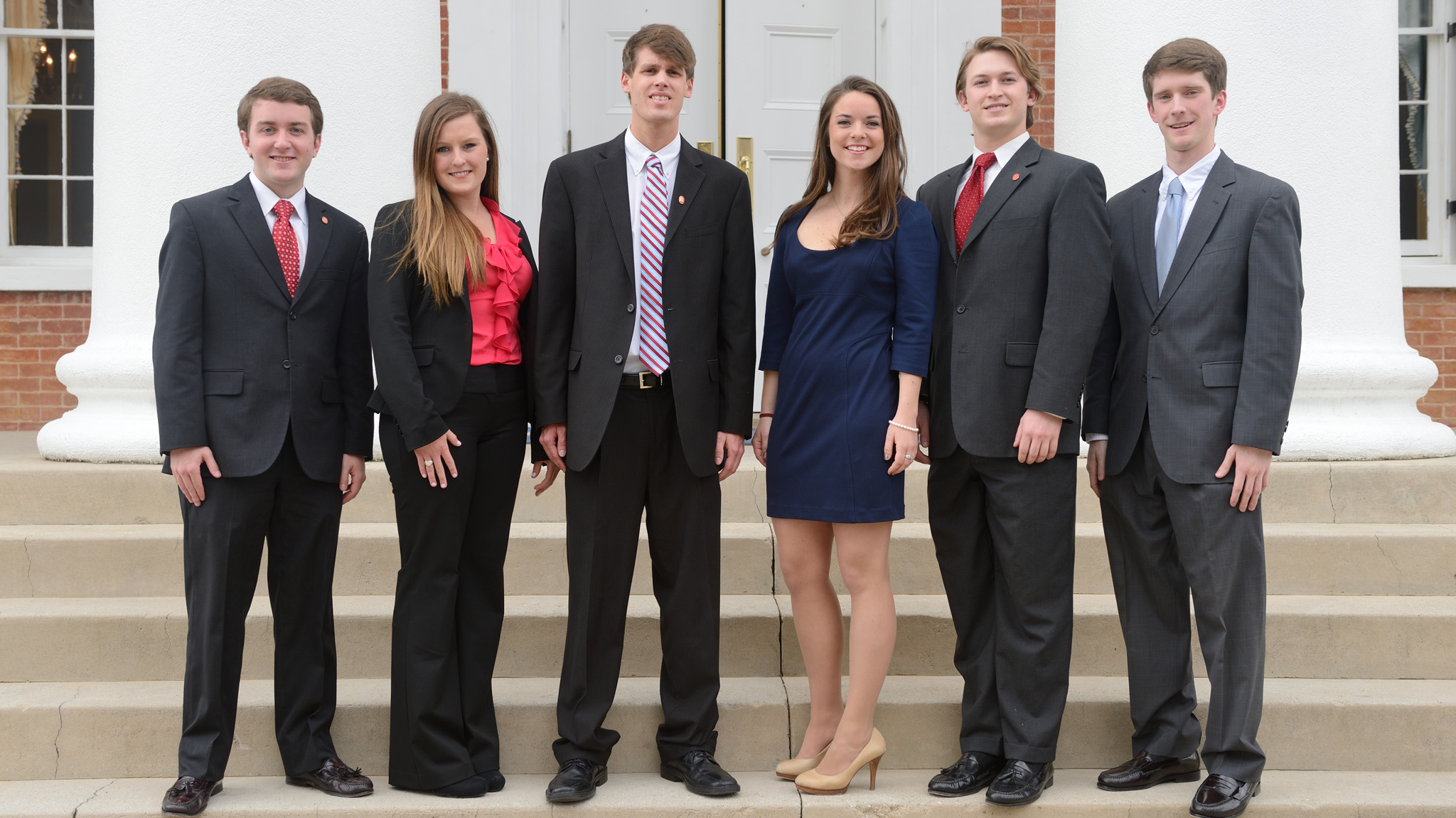 The 2013-2014 officers of the Associated Student Body at the University of Mississippi were inaugurated this week in a ceremony on the steps of the historic Lyceum.

The newly elected student leaders are James Alston Jr. of Hattiesburg, president; Morgan Lyn Gregory of Franklin, Tenn., vice president; Allie Kaitlyn Winters of Corinth, secretary; Carson Lee Rutledge of Brandon, treasurer; C. Harrison Crabtree of New Orleans, judicial council chair; and Robert L. Pillow of Jackson and Greenwood, attorney general.“I have enjoyed being involved with the ASB since the first semester of my freshman year,” said Alston, a junior in the College of Liberal Arts. “Winning this election means a lot to me; it’s something that I have worked really hard for, and I had a very strong campaign team that helped me accomplish this goal.”

Gregory, a junior integrated marketing communications major in the Meek School of Journalism and New Media, said that winning the election is “by far the biggest honor I have achieved so far in life.”

A freshman accountancy major in the Patterson School of Accountancy, Winters said, “Winning ASB secretary allows me to help in leaving a legacy here at Ole Miss for our generation.”

Rutledge, a junior accountancy major, said, “Ole Miss has provided me with so much in my time here, and the opportunity to give back to our university and student body family is an honor.”

Crabtree, a junior public policy leadership major, said, “Winning my position of judicial council chair means that I can continue in my pursuit of helping to make the University of Mississippi the best place that it can be.”

Pillow, a sophomore in the College of Liberal Arts, agreed, saying, “Because so many students expressed their opinion through the election process, it is truly an honor to be able to serve this campus, and I want to do my best to continue the trend of excellence that we have seen in our campus leaders over the last few years.”